During the Christmas holidays, there are many plants that end up being tradition, are given away and become part of the best known rituals of Christmas. Mistletoe is a semi-parasitic plant with articulated stems, and next to holly or poinsettias, it is a typical Christmas plant.

It is characterized by having stems of several branches and the leaves are lanceolate, crass and fleshy. It offers small yellow flowers. The same flowers produce fruits in the form of small berries, which are green and even white and transparent. From its origins, this bush has been a symbol of fertility in any type of ritual because it is very easy to reproduce, and marks, then, a whole retinue of rituals, which always equate it with the Christmas period. 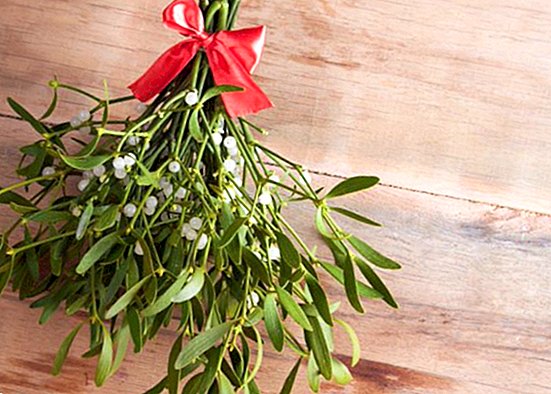 This plant is traditional of the Christmas holidays. Usually decorate the houses, especially placed on the top of the doors of homes to attract luck. Some legends establish that the mistletoe has magical powers and before that the one that was worth was the one that used to grow in the oaks.

Currently, we find it in stores and Christmas markets in the form of bouquet, in small bags, with bows, and Christmas decorations. The idea is to give it to someone else, and they must also give one to us. It is an exchange, a symbol that explains that good luck is desired for one another.

Other traditions explain that during the day of Santa Lucia, which is usually on December 13, we must burn the mistletoe that was already obtained during the past year at Christmas and the spirits are gone. The new mistletoe replaces the previous one and protects us in the year that is about to begin.

While one of the most popular traditions is one that refers to lovers having to kiss under the mistletoe during Christmas Eve so that there is luck in love. This is what the great part of the Christmas rituals and the plants that are decorated or given are based on.

According to tradition, the mistletoe should not touch the ground since it is cut until the last day of the Christmas season, the Candelaria, is eliminated. And so it is left hanging above the main door all year as protection of the house. It is a tradition extended by all English-speaking countries.

In addition, mistletoe is attributed medicinal, tranquilizing and antispasmodic properties. It was used against epilepsy, convulsions and dizziness. It is also said that it can be effective for low back pain and sciatica. But it is important to note that in certain quantities can become toxic, so it is better to check before trying anything. 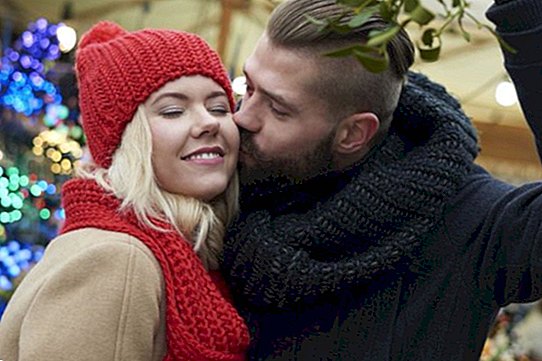 The origin of Christmas mistletoe

It is said that all its Christmas tradition comes from Scandinavia and dates from the seventeenth century, because this plant was sacred to the druids and was magical for having properties, both healing and mystical. It was the magic plant they used to protect themselves from lightning, evil or disease.

The Scandinavians attributed to him well-being and peace, then spread to other European countries with the idea that the marriageable young women had to kiss under the mistletoe. And the tradition marked that the lovers had to kiss each other when the mistletoe was hanging in the threshold of the door.

Then the idea was evolving towards the Christmas days, since when the marriage was kissing during Christmas Eve, it was said that he would find love or keep the one he had. And, as we see, it is a ritual that has stood firm over time.

Other legends tell that the mistletoe was already used two hundred years ago and was used by the Druid priests, who made it serve in their rituals during the solstice celebrations. Then, as a Christmas decoration, it was not established until the eighteenth century. ThemesChristmas