For most, Valentine’s Day is associated with either a friendly exchange of “Valentines” among children or a celebration of romantic love between adults. However, few know the history of the saint for which the holiday is named. The story of his life is a beautiful example of sacrificial love (for God and for others). 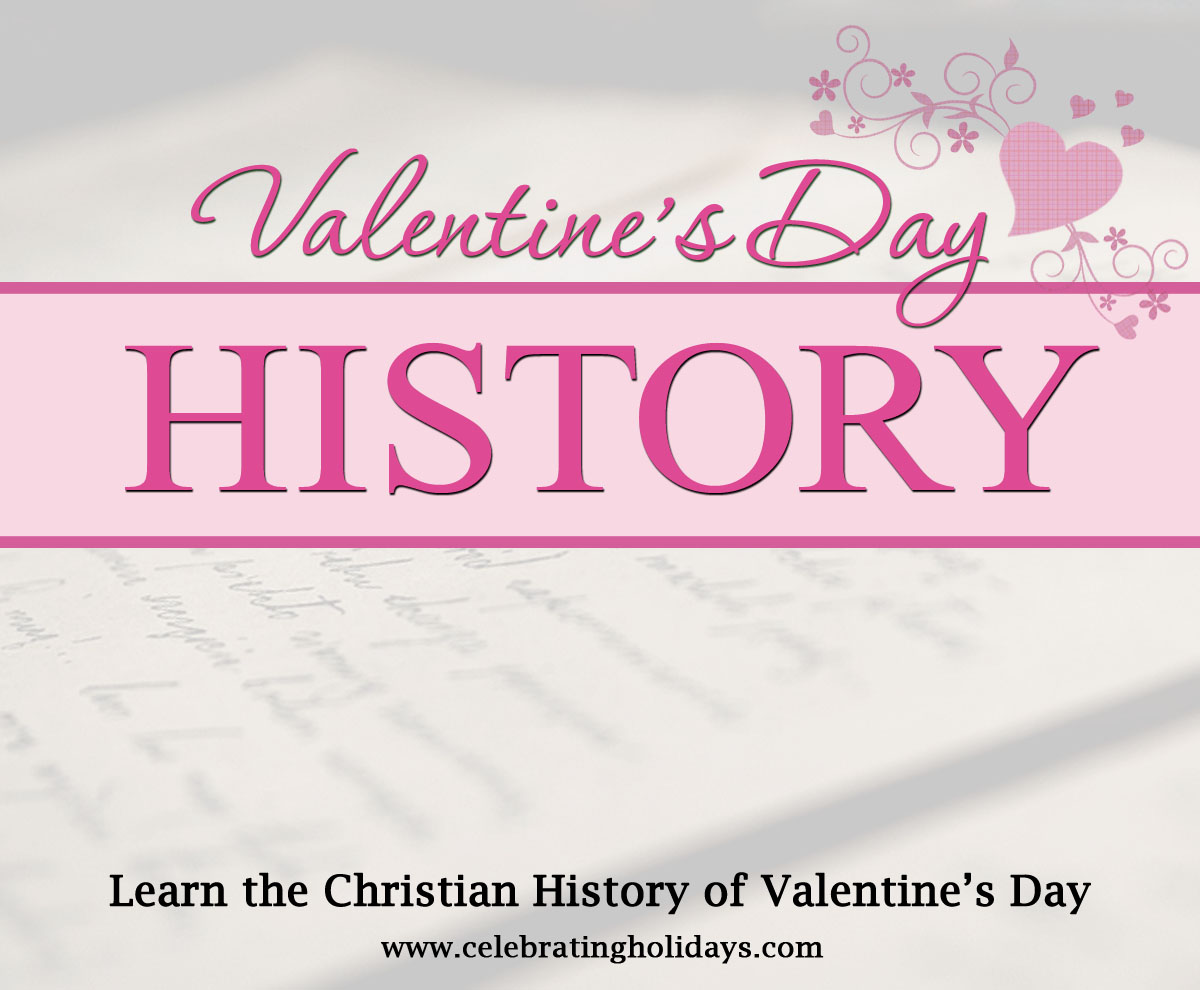 Who Is St. Valentine?

It is believed that St. Valentine served as a priest in third century Rome.* At that time, Emperor Claudius II had a standing decree that young single men were not to marry. The Emperor thought that marriage and children were a distraction to men of fighting age who were needed to serve as soldiers (with their full allegiance given to Rome). 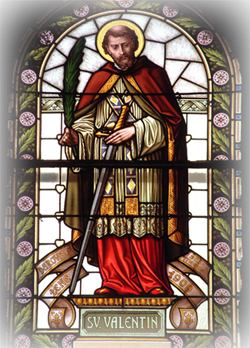 It was perhaps similar thinking that led Claudius to persecute Christians. The Emperor (rightly) believed that Christians devoted their strongest allegiance to something and someone other than Rome.

St. Valentine, believing that Claudius was interfering with matters of the Church and of God, is said to have married young lovers in secret. Tradition holds that he also assisted many Christian martyrs, helping some to escape the harsh Roman prisons.

For one or both of these reasons, Valentine himself was imprisoned. Yet, difficult conditions did not hinder his very evident commitment to the Lord. He preached his faith to his prison guard Asterius, who was converted and baptized along with his whole family. And, it is said that St. Valentine restored sight to the blind, adopted daughter of Asterius, with whom he fell in love (remember, priests were allowed to marry before the fourth century).

When word of these events reached Claudius, he ordered that if Valentine would not immediately deny his faith, he should be beaten and afterwards beheaded. Far from being intimidated by Claudius’ command, Valentine apparently tried to convert the emperor — an action which secured his fate. 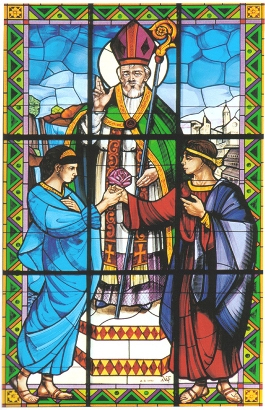 Just before his death on February 14, around 270 A.D., Valentine is said to have penned a tender farewell letter to the daughter of Asterius, who had visited him regularly during his confinement. He signed the letter, “From Your Valentine.”

How Did St. Valentine’s Day Begin?

In 496 A.D., Pope Gelasius officially set aside February 14 to honor St. Valentine. It is believed that Christians came to associate Valentine’s Day with romantic love because they were trying to supplant a popular pagan Roman festival called Lupercalia, celebrated on February 15.

Christian leaders tried to replace this custom by encouraging believers to draw saints’ names from a box. The saint would then be your patron saint for the year. But this tradition never quite caught on. Rather, Christians chose to celebrate the virtue of love, particularly romantic love, on St. Valentine’s Day. By all accounts, St. Valentine’s life modeled this virtue (in the pure and selfless way described in 1 Corinthians 13: 4-8 of the Bible). It seems fitting that the day set aside to remember him would be a day to celebrate love! 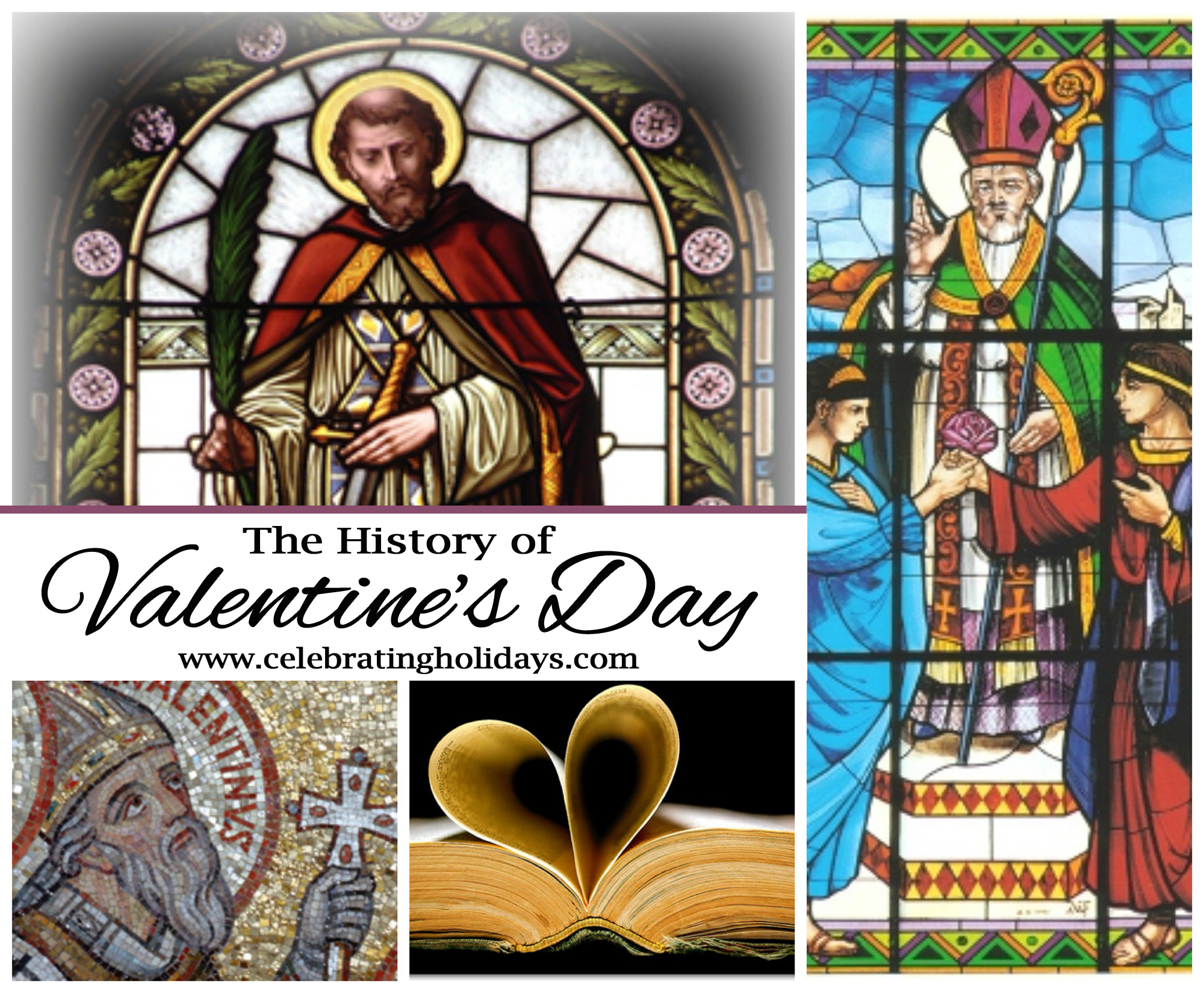 This page was created by:

We welcome your ideas! If you have suggestions on how to improve this page, please contact us.

You may freely use this content if you cite the source and/or link back to this page.

For further reading about St. Valentine, click on the following links:

*Evidence suggests that St. Valentine was indeed a historical person, a committed Christian and a martyr. However, there was very little information recorded about him, so his story is pieced together from later traditions. Furthermore, since the name was very common in the later period of the Roman Empire, there is some confusion on whether or not the traditions all relate to the same person. Various martyrologies mention the following in association with February 14: a priest in Rome, a bishop in Terni, and a matyr in Africa. However, it should be noted that the official Roman Martyrology for February 14 mentions only one Saint Valentine.

I Love You Cards, Free I Love You Wishes, Greeting Cards