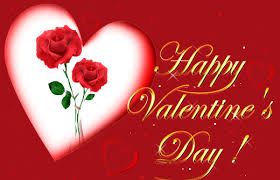 One theory about the origin of Valentine’s Day  is Emperor
Claudius II didn’t want Roman men to marry during wartime. Bishop
Valentine went against his wishes and performed secret weddings. For
this, Valentine was jailed and executed. While in jail he wrote a note
to the jailor’s daughter signing it “from your Valentine”.

In Victorian Days it was considered bad luck to sign a Valentine’s Day card.

Around 1 billion Valentine’s Day cards are exchanged each year, the second most for a holiday, behind Christmas

For those without a sweetheart, they can celebrate Singles Awareness Day (SAD)

Its estimated about 3% of pet owners give Valentines gifts to their pets.

In Finland, it’s called Friend’s Day and more about celebrating friendship than sweethearts.

The X in XOXO means kiss.  In medieval times, those who could not write their name signed with an X, and then kissed to “seal the deal.”

In the middle ages, people drew names to see who would be their Valentine.  They would then pin the name on their sleeve for everyone to see.  Thus became the saying “wearing your heart on your sleeve.”

In the 1800s, doctors prescribed chocolate for people depressed over lost love.

In the late 1800s, Richard Cadbury produced the first box of chocolates for Valentine’s Day.

For Valentine’s Day, more than $1 billion worth of chocolate is sold.

For Valentine’s Day each year, more than 35 million heart shaped boxes of chocolate are sold.

The red rose was the favorite flower of Venus, the Roman Goddess of Love. The color red stands for strong romantic feelings of love.

Of the people who buy flowers for Valentine’s Day, 73% are men and only 23% are women.

189 million roses are sold on Valentine’s Day each year.

In the US on Valentine’s Day,  15% of women send flowers TO THEMSELVES.

50% of all Valentine’s Day cards are purchased within 6 days of February 14th.

Who receives the MOST Valentine’s Day cards? Teachers, followed by children, children, mothers, wives, sweethearts and then pets.

The average number of wedding proposals on Valentine’s Day? 220,000