The tradition of celebrating Friendship Day began in 1935 when the US
Congress decided to dedicate a day in the honor of friends. Though it is
not known exactly what were the reasons that went into the making of
this day, the retrospection of the world scenario of those times can
lead us to an understanding. With the devastating effects of the First
World War still showing and increasing hostilities, mistrust and hatred
between countries providing the perfect conditions for another imminent
battle, there was a greater need for friendship and camaraderie not only
among nations but also among individuals. 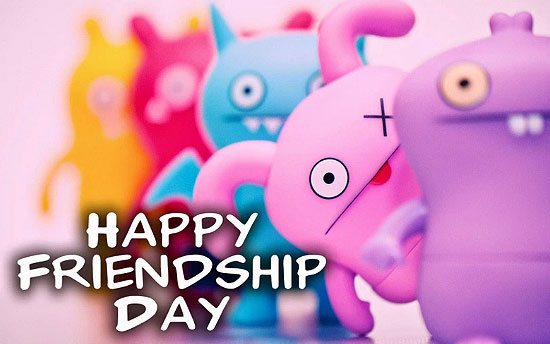 Hence,
the US Congress decided to designate the first Sunday of the month of
August as Friendship Day and with a formal proclamation in 1935,
officially declared the occasion a holiday dedicated in the honour of
friends and friendship. Since then, celebration of National Friendship
Day became an annual event. The lofty idea of honoring the beautiful
relationship of friendship caught on with the people, particularly the
youngsters all over the country, and in no time Friendship Day became a
highly popular festival.

But the success of this wonderful occasion was not to be limited to the
US alone. With time, several other countries followed suit in adopting
the tradition of dedicating a day to the cause of friendship. The
beautiful idea of having a day in the honor of friends was joyously
taken over by several other countries across the world. With more and
more nations joining in the celebrations, Friendship Day soon became
International Friendship Day.

Today, Friendship Day is enthusiastically celebrated every year by many
countries. The occasion is observed on the first Sunday of every August.
The traditional celebrations include meeting with friends and exchanging
of cards, flowers and gifts. Many social and cultural organizations also
celebrate Friendship Day by hosting programs and get togethers. Special
performances by rock bands are also organized in countries like the US
to enhance the jubilations.

In 1997, the United Nations named Winnie-the-Pooh, the famous storybook character (created for books by a British author named A.A. Milne) as the world’s Ambassador of Friendship.

It is interesting to note how some associations observe Friendship Day
with different customs, by giving the festival different names and
holding it in times unlike that of the actual festival.

Discover  How to say father in Arabic 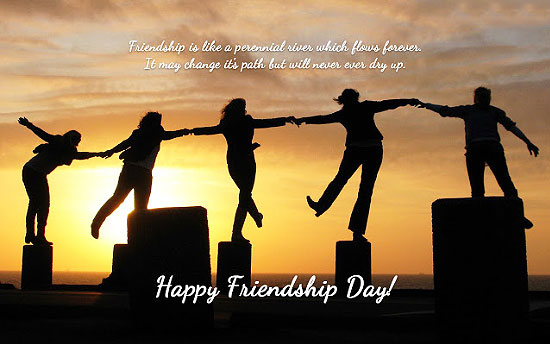 These days, Friendship Day is celebrated with a lot of fanfare and great
expenses. Just as in US and several other countries, the festival has
been greatly commercialized.

Days before the festival, card and gift companies launch an extensive
campaign to lure people into buying cards and gift items for their
friends. Companies indulge in aggressive marketing to target youngsters,
the main celebrators of festivals as these, and entice them into
purchasing expensive articles for their pals. Restaurateurs too offer
special discounts to make the most of the time. This marketing strategy
has been severely criticized by many people and is a subject of debate
every year. Many feel that such rampant commercialization has marred the
very concept of Friendship Day and has turned it into a mere formality.
Many on the other hand think that greater hype and hoopla around the
occasion has helped to generate awareness about Friendship Day festival
which was till recently a low-key affair (compared to occasions as
“Mother’s Day” and “Father’s Day”) and thus promote friendship and
brotherhood.

The popular customs of Friendship Day includes handing over roses,
especially the pink and yellow ones. The day is observed with great
exhilaration and merriment, with friends throwing parties, gorging on
lip-smacking dishes and drinking hard (be it at home or at restaurants
that offer special discounts for this occasion). 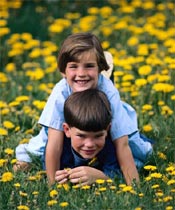 A highly popular thing associated with the day is the well-known
Friendship Band – the modern day token of friendship that friends gift
to one another to form an everlasting bond. Friendship bands are
favorite items for youngsters and are available in stores all over the
country. Girls go in for friendship bracelets instead of the
conventional friendship wristbands. Friendship Poems and Friendship Day
Gifts are exchanged between best friends to renew the bond of friendship
and express gratitude and love for each other. These are new ways of
celebration of this day that the GenX has invented.

Today, Friendship Day is being celebrated around the globe, across
diverse cultures and social segments.