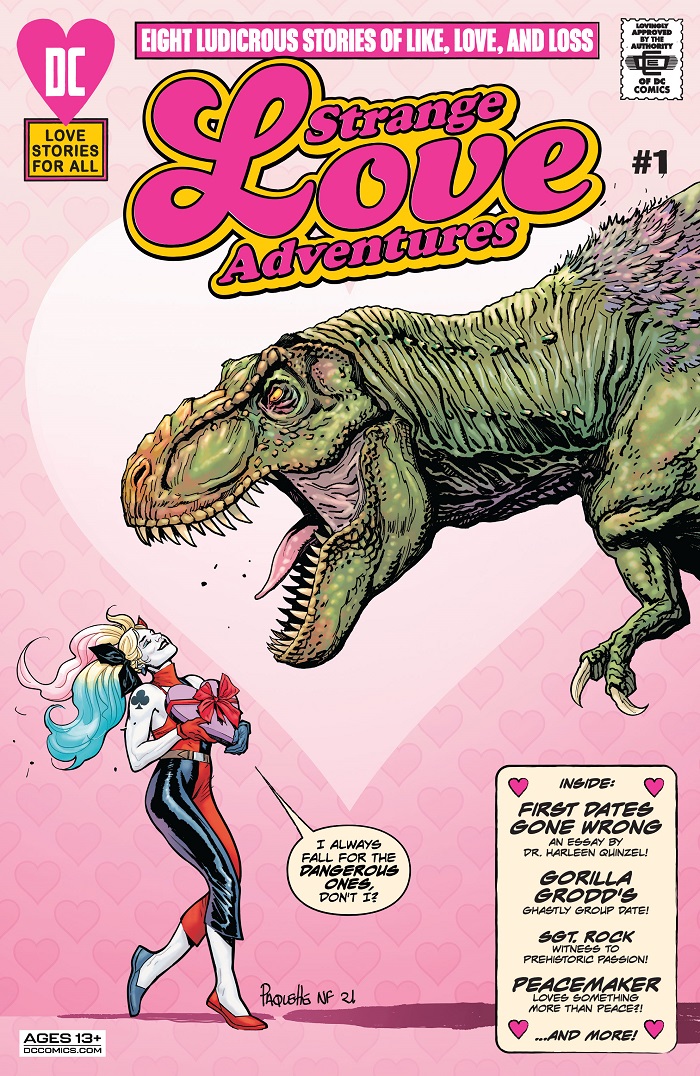 Some things are just synonymous with Valentine’s Day. Candy hearts, flowers, chocolates, chubby cupids and DC’s annual anthology celebrating love in the DC Universe.While the February one-off may be a relatively recent addition to our annual list, its roots go back to the Golden Age and the heyday of mid-century romantic comics, such as girl love story and Young romance.

Of course, love and romance have changed since those early anthologies. While once-abandoned lovers may respond by locking themselves in their bedrooms and crying, these days they’re more likely to lash out and seek revenge…especially if the heartbroken young woman is Harley Quinn.

“Lightning in a Bottle” takes us back to Ms. Quinn’s early life, when the Joker was still her pudding, and she was more likely to shoot Batman with a red-and-black bazooka than work with him to save Gotham. In case you forgot, those days weren’t the best for Harry, who often found her often-spectacular proposals shot down in equally spectacular fashion by the Joker, which led to her lashing out…well, pretty spectacular. It’s as spectacular as destroying the entrance to the Temple of Justice and fighting Shazam-level.

In our exclusive first look at this year’s Valentine’s Day anthology, Strange Love Adventure #1, We draw the first five pages from the contributions of Stephanie Phillips and Jon Sommariva, which find Harley in one of many breaks with the Joker and discuss the hardships of a modern-day supervillain romance. This is one of eight different stories you’ll find in the book, featuring DCU residents such as Superman, Batman, The Flash, Gorilla Grodd, Sergeant, and more. Rock and Peace. Best of all, when you’re done reading, we promise you’ll appreciate that special person in your life even more than when you first started. At least, as long as they’re not used to biting the most powerful superhero in the universe… 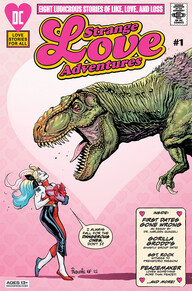