In the name of Allah, Most
Gracious, Most Merciful

Eid ul Adha 2021 or Bakra Eid 2021
is expected to be celebrated on Friday, 31 July, 2021. This is the tentative
date as the actual date is contingent on the sighting of the moon of Dhul
Hijjah, 1441, the 12th and last month of Islamic Calendar.

What is Eid al Adha?

Eid ul Adha is a
festival celebrated among Muslims all over the world in remembrance of the
sacrifice that Prophet Ibrahim (A.S.)
made out of his strong faith in Allah.

Ibrahim (AS) showed a willingness
to sacrifice his son Prophet Ismail (A.S.) but his son was replaced with a lamb by Allah. Allah was so
pleased with Ibrahim’s (A.S.) submission to Him that He made this demonstration
of sacrifice and faith a permanent part of a Muslim’s life. This event is
mentioned in Quran – Surah As-Saffat (37:102).

Hence, every year on the 10th of
Dhul Hijjah, Muslims all over the world celebrate Eid ul Azha. On this day, Muslims slaughter a lamb, sheep, goat or a
camel to honor the sacrifice of Ibrahim (AS).

Both Eid ul Fitr and Eid Al-Adha have
great significance in Islam as the same is evident from the following Hadith of
Prophet Mohammad (S.A.W.):

“Allah has
given you better than those feasts (festivals of non-believers): the
‘Eid-ul-Adha’ and ‘Eid-ul-Fitr.’”

Fasting on Eid al-Adha and Eid ul-Fitr are strictly forbidden as
the same is obvious from the following Hadith of our beloved Prophet (S.A.W.):

“No
fasting is permissible on the two days of Eid-ul-Fitr and Eid-ul-Adha.”

Dhul Hijjah is one of the four sacred months
of Islamic Calendar and first 10 days of this month are the days which are selected by Allah as the best days
of the year.

1- There are many Hadiths and
Quranic Ayahs show great emphasis on doing
good deeds during these blessed days. Prophet Mohammad (S.A.W.) said:

“No good deeds
done on other days are superior to those done on these (first ten days of Dhul
Hijja).’”

2- Rituals of Hajj are started during the first 10 days of Dhul Hijjah
(from 8th to 13th).

3- Fasting on the day of Arafah (9th Dhul Hijjah) is a
confirmed Sunnah of our beloved prophet Muhammad (S.A.W.) but only for those
who are not performing Hajj. Fasting on
this day is a forgiveness for two years. (Ibn Majah: 1731)

4- Eid al Adha is celebrated during these 10 days (10th Dhul Hijjah)
and animals are sacrificed on these day (10th to 13th).

Learn more about ‘Virtues of first 10 days of Dhul Hijjah’ 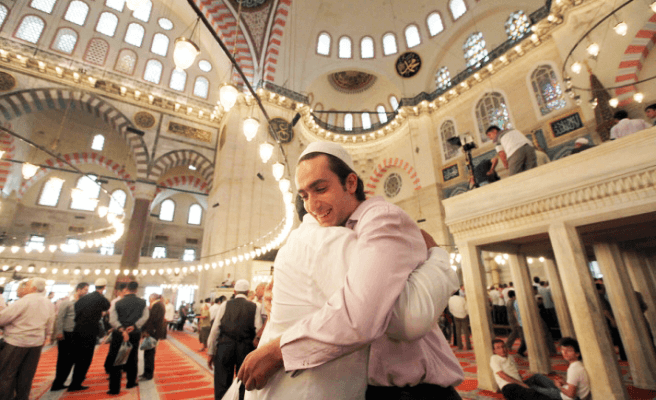 Muslims around the world celebrate Eid al Adha for two to
four days (depending on the country). However, there are some Sunnah which
every Muslim should follow while celebrating this great festival.

1- Wake up early in the
morning.

2- Clean the teeth
with Miswak or a brush.

4- You should wear your
best clothes on this day.

6- Not to eat before the
Eid prayer.

7- To recite the Takhir of Tashriq in a loud voice while going for Eid prayer.

9- Use different ways while going
to mosque and returning after offering Eid Prayer. (Sahih Bukhari: 986) 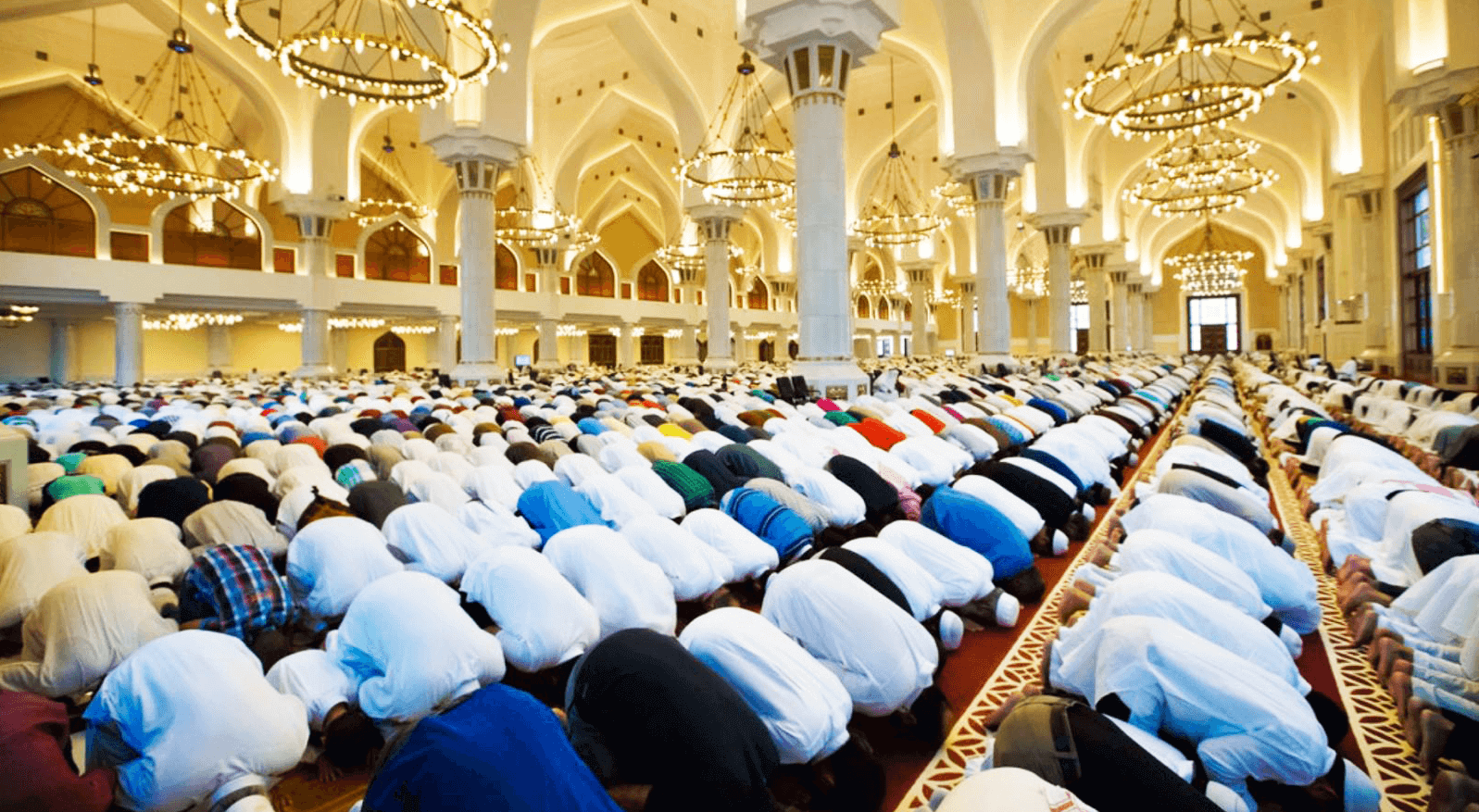 The scholars differed concerning the ruling on Eid prayers.
However, all Muslim should attend prayers of both Eids as most scholars, on the
basis of strong evidences, is of opinion that it is Wajib (obligation). Apart from prayer, the Eid
sermon (after Eid Prayer) has also been made an integral part of this gathering
and the prayer.

1- The time for Eid Prayer begins from the time the sun is three meters above the horizon until the sun reaches its meridian. However, it is better to offer the prayer in the early hours after the sunrise. (Abu Dawud: 1135)

4- Rest of the Eid prayer is same as other prayer offered daily.

After listening the sermon,
Muslims congratulate each other with greetings such as ‘Eid Mubarak’, ‘Happy
Eid, and عيد مبارك etc. However, the most common Eid Greeting Muslims like to wish their
friends and fellow Muslims is ‘Eid Mubarak’. 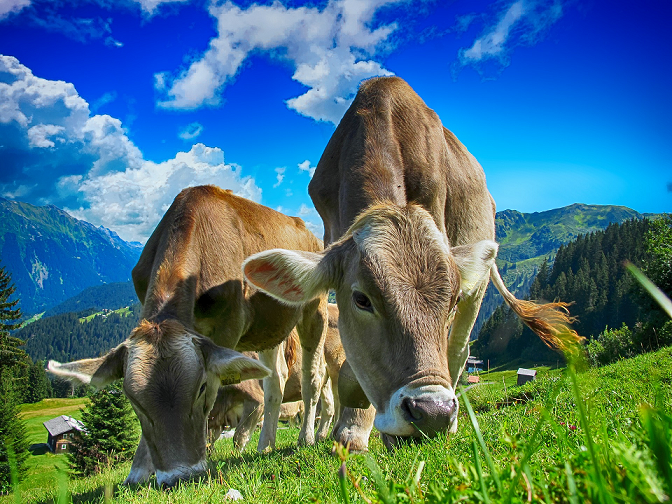 Sacrifice of animal or Qurbani on
the day of Eid al Adha is a confirmed Sunnah of not only Prophet Ibrahim (A.S.)
but also of our beloved Prophet Mohammad (S.A.W.). However, some Scholars are
of the opinion that is ‘Wajib’ (obligatory).

Sacrifice of cattle is a great
worship of Allah and this brings the person offering sacrifice close of Allah.

“Whoever can
afford it [sacrifice], but does not offer a sacrifice, let him not come near
our prayer place.”

Hadith clearly mentions the
importance of sacrifice and it is also a warning for those Muslims who have
means to offer a sacrifice on Eid ul Adha but don’t perform this great Sunnah
due to some lame excuses or some other worldly-reasons.

Anyone who intends to do the slaughter an animal on Eid al-Adha
has to follow certain rules which are given below:

1- Sacrifice of an animal for Eid al Adha can only be done during the specified dates
i-e After Eid Prayer (10th of Dhul Hijjah) and before sunset of 13th Dhul
Hijjah. Whoever do not follow these dates then his sacrifice is not valid. (Sahih Bukhari: 5545
and Sahih Muslim: 1141)

2- The animal
to be sacrificed has to be one of the cattle approved by the Shariah, which are; Camels, Cattle, Sheep and Goat.
(Surah Hajj 22:34 and Surah Al-Anaam 6:143)

3- A sheep or goat is used as a single offering
and is sufficient for one household whereas camel or cow can be shared by seven people. [Sahih Muslim: 1318(a) and
1961(a)]

4- Animal to be sacrificed has to be an adult and should have
reached the age stipulated in Shariah.

5- Animal has to be a healthy one and should
be free from obvious defect. (Saheeh Al-Jami: 886)

6- Person offering
sacrifice should have only one intention
i-e sacrificing in the name of Allah and also the animal to be sacrificed is in
his full possession (it is not stolen or taken by force or in joint procession or
held in pledge).

7- A person who
intends to offer sacrifice should not
remove any hair, nail or skin from the sunset on the last day of Dhul Qadah
until the sacrifice is done on the day of Eid. (Ibn Majah: 3150)

8- Person should slaughter the animal with his own hands
in order to fulfill the Sunnah.  However,
if one is not able to do so then he can appoint someone else to do the same on
his behalf but one should witness his slaughter / sacrifice. (Sahih Bukhari: 5554)

9- Mention the
name of Allah and recite Takbeer (Bismillah,
Allahu Akbar) at the time of
slaughtering the animal. (Sahih Bukhari: 5558)

10- Many scholars are
of the opinion that the meat of sacrificed
animal should be divide into three
parts. One third for the person (and his family) who is offering sacrifice,
one third should be distributed among the relatives/neighbors as gift and one
third should be given in charity to poor people.

11- All parts of the sacrificed animal can be used for personal benefit but none can be sold or given as payment (even to butcher as his wage) otherwise, sacrifice will become invalid. (Sahih Al-Jami: 6118)

So enjoy this festival by eating
and thanking Allah for His blessings and providing opportunity to fulfill this
great Sunnah of Prophet Ibrahim (A.S.). But don’t forget your under-privileged
fellow Muslim brother and sisters who don’t have the means to celebrate this
blessed festival.

Also, remember
us and all Muslim Ummah in your Duas on this special occasion of Eid.