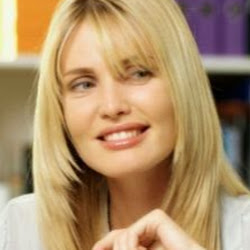 
According to the recent social media trends, making and sharing memes are a craze and also a huge trend. A funny image or video along with a funnier caption is what Memes are all about. The relatability, humor, and the virality of the memes have increased over the time. Do you know where to find the funniest memes? The Facebook memes pages are the best ones to explore. Here you can find the 10 best Facebook meme page, some of which you may never have heard before.


Since its launch in the year 2012, Memes, a Facebook meme page has collected an astonishing 14 million likes. The memes shared on this page is not related to any particular niche and it is usually created on the daily life content. You will definitely find something for all on this page. For example, a meme reads, “why do women cry?” and the reply is hilarious saying, “Because they realize it is illegal to murder you.” 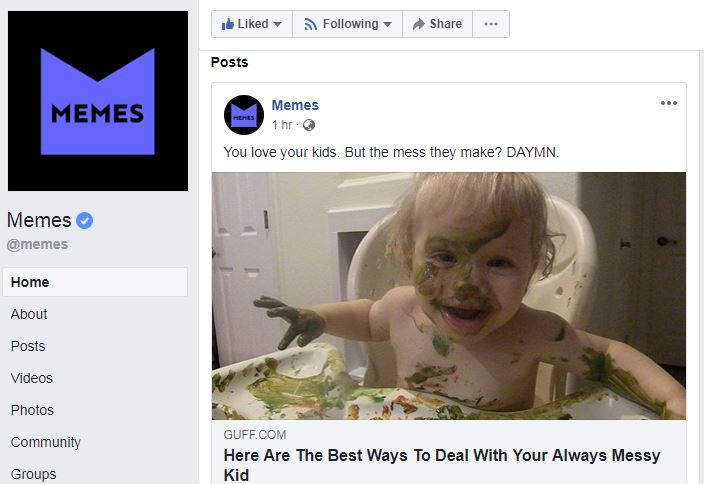 
With 3.1k likes, the Gym Memes on Facebook meme page unites the entire fitness community to share a hearty laugh on the stereotypes related to it. There are several people who are obsessed about fitness and Gym Meme’s gives them enough reason to laugh at themselves. For instance, a meme showing a happy man and the caption reads, “When you find some of your gym clothes that still smell clean.” 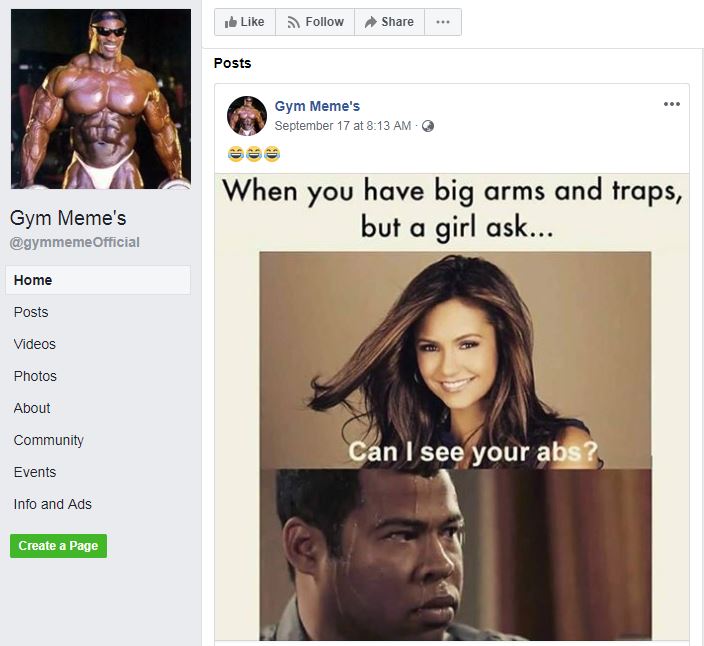 
The Philosophy Jokes garnered more than 20k likes on Facebook Meme page. It usually deals with the universal philosophical refutations in the day to day lives. It is about humor, satire, puns presented jokingly.


For instance, there’s a picture showing two people in the counter. One reads – “Memes about Philosophy” that have several people standing in the queue. The other one reads – “Actual Philosophy” where the man sitting on the counter has his hand on his head. This shows people are more interested in philosophy jokes than on real philosophy. 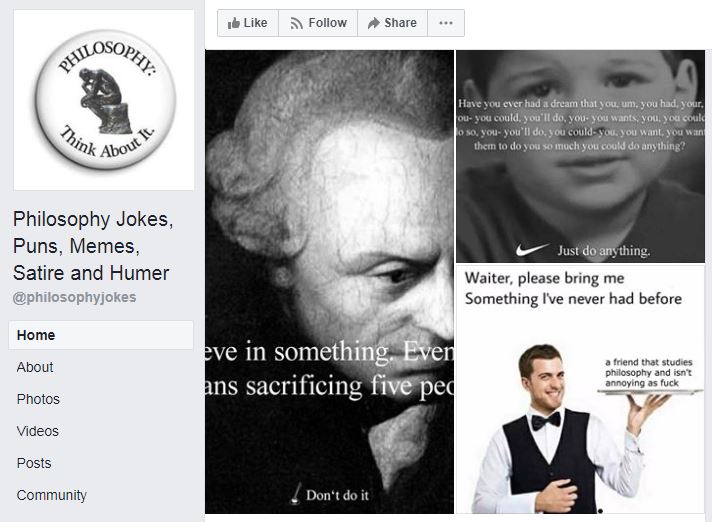 
With over 21k likes, MarkWiensQuotes is a Facebook meme page that deals with Mark Wiens Quotes on his experiences on healthy living and eating on his blog Migrationology. For example, the face of Mark Wien is photoshopped and placed on a small schoolboy wearing uniform holding a “Thai Food Guide”. The caption reads a girl asking, “Are you religious?” and the answer is the Thai food guide in his hands. 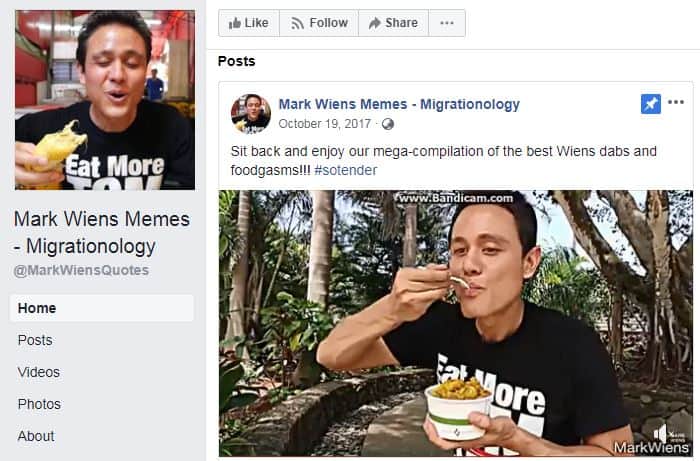 
The programming memes garnered around 9k likes. This Facebook meme page deals with the computer programming lovers, the ones who live in the world of Codes.


For instance, an image showing a young boy’s face with a caption that reads “Fix mom’s computer once, all future problems your fault.” Usually moms are very particular about their children and keep searching for faults in their children. So, the meme says the Mom’s computer must be fixed.


The NBA memes deal with the images and videos of the fan, events, and players of the National Basketball League. This Facebook meme page is to laugh about the epic highlights or latest trades by the basketball enthusiasts.


For example, the breaking news came up saying the American professional basketball team Miami Heat is interested in Miami trade. The meme caption shows the player with a caption reading, “Another team has jumped in the fray for a potential Jimmy Butler trade.” 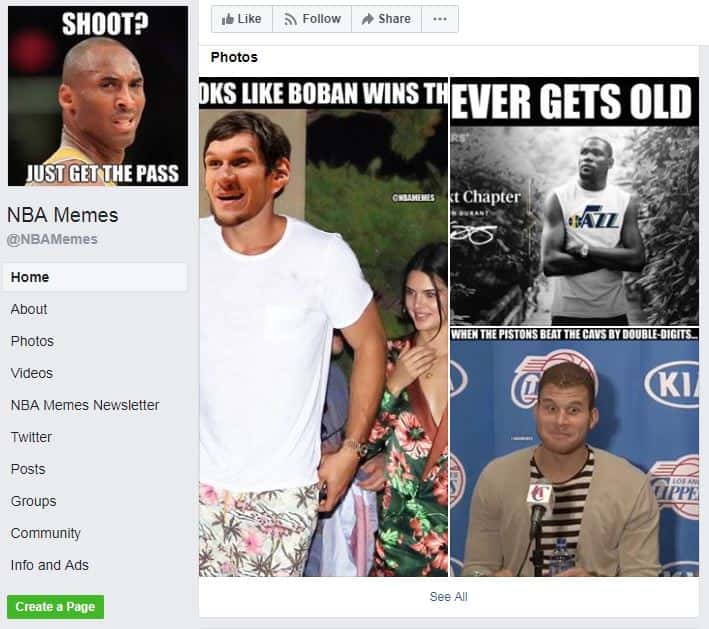 
You will definitely not understand the philosophy of life through this Facebook meme page but Philosophy Memes will surely trigger the people who read philosophy in their school days. It has collected 6.5k likes. For all you philosophers, you have the good reasons to laugh. For example, a meme shows a furry dog with his head covered in a transparent plastic glass and the caption says, “God is Dead and We Have Killed Him.” 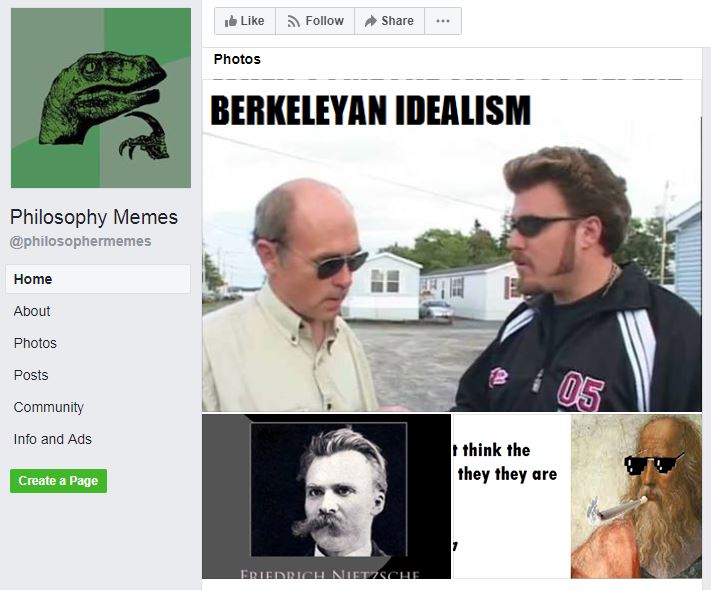 
The Doctor Memes have 3.9k likes. It is always believed that laughter is the best medicine for every kind of diseases and this Facebook meme page offers the same. Going to the doctor is not a memorable event so check out the Doctor Memes on Facebook and cure yourself. For instance, there’s a meme showing a doctor sitting beside a man holding is head. The doctor says, “I’m sorry, your wife will never walk again.” The man says, “That lazy bitch.” 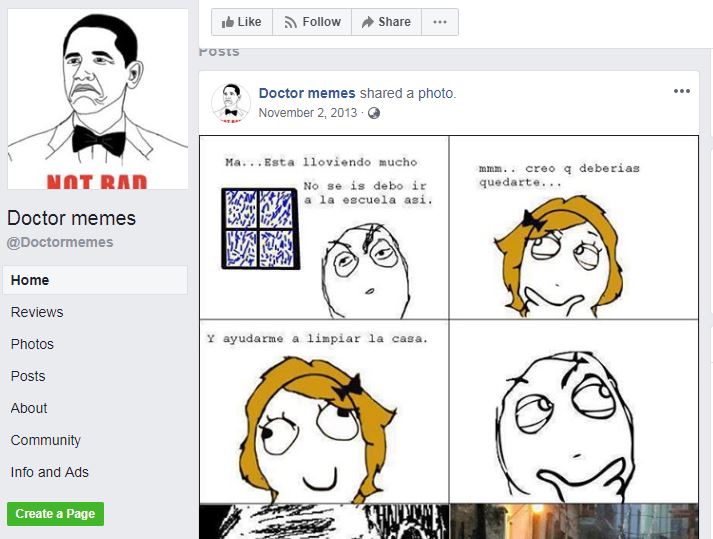 
Dude is not restricted to any particular topic. This Facebook meme page has over 40k likes. Dude also has a meme specific mobile app. It is a friendly advice with satire. For instance, a meme caption reads an atheist friend asking, “What convinced you to become a Christian?” and pat comes the reply with a gameplay video image showing Jesus standing in a desert from “Jesus VS 24000 Satans – Ultimate Epic Battle Simulator.” 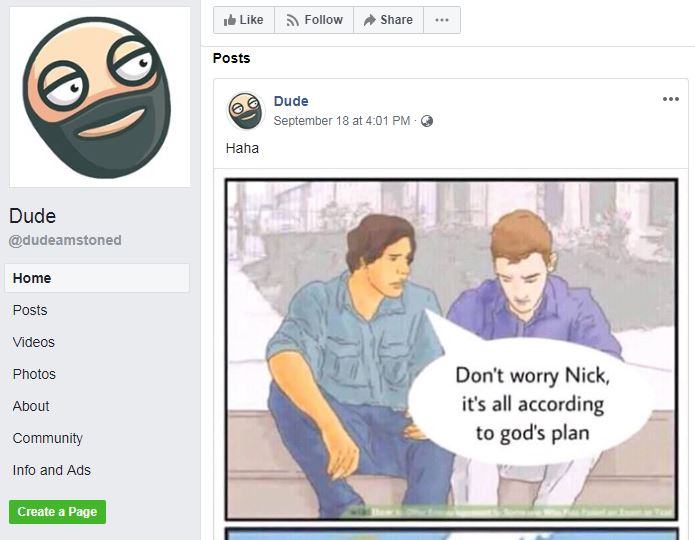 
The NFL Memes have 3.5million likes on its Facebook meme page. It is the meme page all about the National Football League. It also has a strong presence on Twitter and Instagram. This page is for all football enthusiasts. For instance, a meme showing four players, 3 from same team pointing at 1 player from the other team. The caption reads, “Point to the guy who ruined being able to tackle the quarterback.” 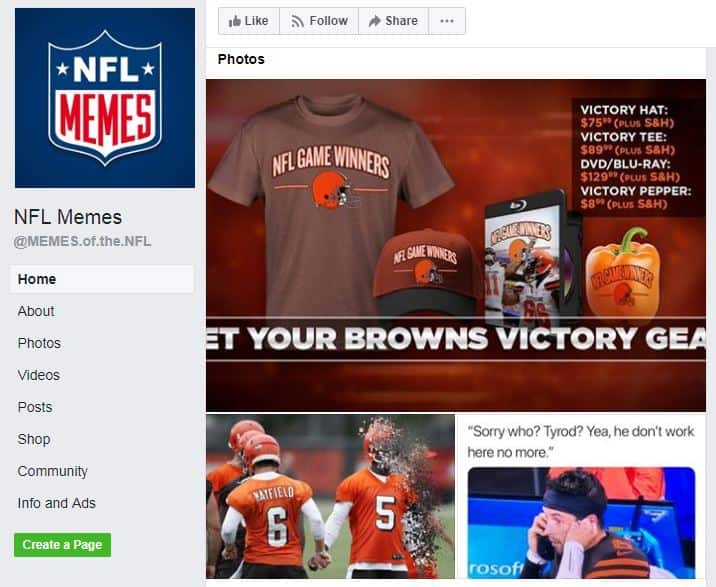 
The above mentioned are just a few best from the Facebook meme page. You can find many such meme pages in general as well as specific topics. Explore and have fun.

Liza Brown is a writer and a lover of all things video.